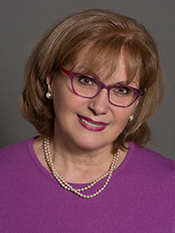 Professor Bollobás has lectured internationally at conferences from Strasbourg to New Delhi, has been invited speaker at various universities, including such prestigious schools as Cambridge University (England), Yale, Berkeley, Stanford, Georgetown, George Washington University, UCSD, and the University Iowa. She has also been invited to speak at numerous research institutions such as Brookings, Smithsonian, Chautauqua, American Jewish Committee, Meridian House, Freedom House, and the Wiesenthal Center.

During the 1980s, Ms. Bollobás was active in the political opposition. As part of her commitment to human rights, in 1989 she founded the Szeged-based political discussion group Hungarian Feminists, the first non-communist organization to address women's issues. A dedicated Atlanticist, Ms. Bollobás was Vice-Chair (1992-1994) and Secretary General (1994-96) of the Hungarian Atlantic Council, a civic organization lobbying at the time for Hungary’s NATO membership.

A graduate of Senior Managers in Government at Harvard Kennedy School of Government, Enikő Bollobás worked in government administration between 1990 and 1994: as Deputy Chief of Mission and Chargé d’Affaires at the Hungarian Embassy in Washington, D.C., and as Director of the Department of Atlantic and Israeli Affairs of the Hungarian Ministry of Foreign Affairs. Her opinion pieces at the time appeared in The Washington Post and The International Herald Tribune, and were incorporated into the Congressional Record of the United States Congress.