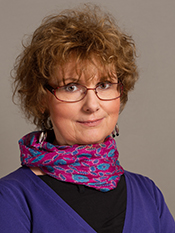 Though most of her current research focuses on African American Studies, her professional interests range from literary criticism to cultural studies, critical race studies, gender studies, multiculturalism, and American women writers. Eva Federmayer is the author of Psychoanalysis and American Literary Criticism (Eötvös Loránd University, Budapest, 1983) and editor and co-author (with Irén Annus and Judith Sollosy) of the electronic textbook, Netting America: Introduction to the Culture and Literature of the United States (Budapest, 2006, sponsored by the European Union and the National Development Fund as part of the structural and contextual development of higher education in Hungary. HEFOP-3.3.1-P.-2004-09-0134/1.0). She has published on Edgar Allan Poe, Hungarian home design, Black science fiction, passing novels, and film. She is currently working on a book about discourses of race in African American culture. She has participated and given presentations at a number of conferences related to American Studies and Gender Studies in Europe and overseas.

Courses in American Studies at ELTE